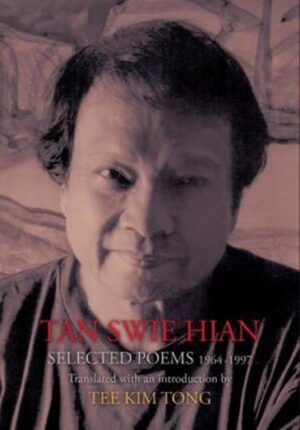 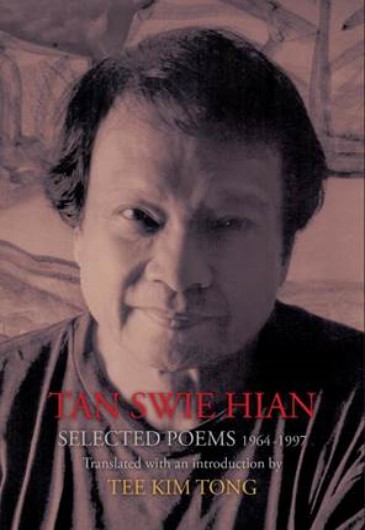 One is forcibly struck by the attention Tan Swie Hian’s multidisciplinary creation has commanded over the years and by the enormous range that it has encompassed: almost all the genres in literature and the arts. Born in 1943 in Indonesia, brought up and educated in Singapore, Tan, majoring in the English language and literature, graduated from the Department of Modern Languages and Literature of Nanyang University in 1968. He is proficient in Chinese, English, French and Malay. Poetry was Tan Swie Hian’s point of departure. He began writing poetry at the age of fifteen and in 1967, published his Chinese translation of Boris Pasternak’s Stars Were Racing (Variations 3) in the most important literary supplement Literature of the largest-circulation Chinese daily Nanyang Siang Pau edited by the eminent author, translator, editor Leang Meng Kwang who proclaimed Tan’s translated poem as the first seed of Modernism in the literary scene. Following Tan’s tireless contributions of his creative writings and translations to the page, a group of young writers from Singapore and Malaysia dubbed by Tee Kim Tong, Associate Professor of National Sun Yat-sen University, Kaohsiung, Taiwan, as The Generation of 1968, gathered around him to jointly launch a Modernist literary movement that swept across the whole arena of Chinese literature in Singapore and Malaysia. In 1968, Tan published his first poetry anthology The Giant which has been acclaimed as the first milestone of the Modernist movement. A cultural icon, Tan Swie Hian has authored 66 titles of various genres, held 26 one-man art exhibitions worldwide and won 30 national and international accolades, including The Meritorious Service Medal, The Cultural Medallion (Singapore), Gold Medal of Salon des Artistes Français, Member-Correspondent of l’Institut de France, Officier de l’Ordre National de la Légion d’Honneur (France), Gold Medal of Korea-Japan World Cup International Calligraphy Exhibition (Korea), Marin Sorescu International Poetry Prize (Romania), First Honorary Citizen of Huangling County where the Yellow Emperor Mausoleum is located (China), and The World Economic Forum Crystal Award (Switzerland). Tan Swie Hian is currently the top-grossing living artist in Southeast Asia. The polyglot writes mainly in Chinese, while fully committed, as an accomplished translator who has translated works by such literary luminaries as T.S. Eliot, D.H. Lawrence, Aldous Huxley, Henri Michaux, Eugène Guillevic, Jacques Prévert, Samuel Beckett, Alain Robbe-Grillet, Rumi, Chairil Anwar, Marin Sorescu and others, to rendering what he believes to be the best works from world civilizations to enrich the Singapore repository of literature as a young nation. Of the nine-volume Selected Writings of Tan Swie Hian I edited and published in 2006, three volumes are selections of his translated works.

The Adventures of Mittens & Midnight