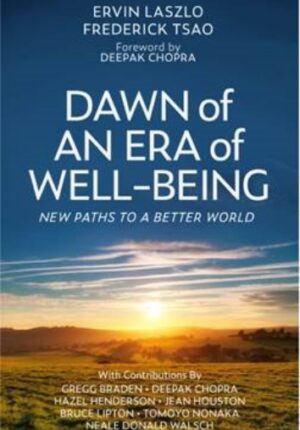 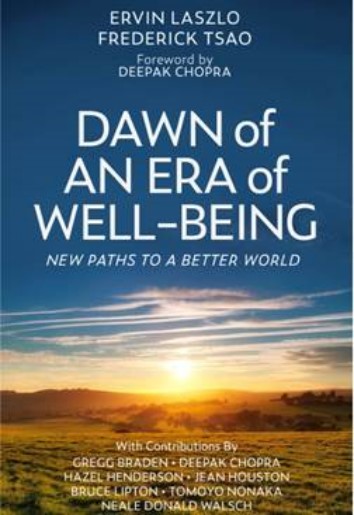 This book offers a unique service for meeting the challenge of building a better world, providing concepts and principles drawing on science as well as spirituality. These are compass points for navigating uncharted waters on which we are currently entering. It will be of interest and value to all who recognize the challenge of building a better world, and are ready to start building it.​

Today we have an opportunity to create a new future. We are moving out of the aftermath of a global crisis and face the task of rebuilding our world. But, do we have to “re-build” it in the strict sense of building it as it was — or can we build another world, a better world. This possibility exists, and it poses an unprecedented challenge.​

There are no historical precedents for consciously setting about building a new world, building a different culture. We have to find our own way. For this, we need all the guidance we can get. Dawn of an Era of Well-Being explores practical approaches toward building a better world, an era of true well-being. It explores contemporary approaches both from the West – based on science — and from the East – drawing on a rich ancient tradition. It also offers a number of insights from remarkable individuals regarding the pillars of a better world, and how to build on them. ​

Humankind today is facing monumental challenges. We know now, more than ever before, that we must change or perish. Worldviews are the foundation of culture, and the challenges we face have presented us with an opportunity to move to a new worldview linking ancient and modern, East and West, science and spirituality. Contemporary Philosopher Frederick Tsao and World-renowned philosopher Ervin Laszlo presents Dawn of An Era of Well-Being, a book that explores the importance of the quest to understand the purpose of life—of your life and all life on Earth, as well as provide ideas that will be of practical value as the human community sets about the monumental task of building a better world.​

Born in the east and educated in the west, Frederick Tsao is the fourth- generation family business leader of IMC Pan Asia Alliance Group. He became chairman in 1995 and transformed the family business from a traditional shipping company to a diverse, multinational conglomerate. With more than 40 years’ experience as an entrepreneur, Fred has worked successfully with business partners and governments, in multiple markets across diverse cultures. He is also active in various industry most notably as Chairman of the international dry cargo association, Intercargo, where he served for 7 years. Fred is not afraid to push boundaries, and under the banner of beyond competition towards a rational industry he fought substandard shipping and led industry unification round table, tripartite dialogue between regulations, shipbuilding and shipowners etc.

In 1995, Fred founded East West Cultural Development Centre in Singapore, to research on modernity and sustainability and found that our challenges is, one of differences in worldview and beliefs. As he reflected on existential questions for life, he realised that the world’s challenge is one of consciousness and evolution of humanity. His quest for new consciousness in business led him to create AITIA Quantum Leadership Center, dedicated for transformation of business leadership in the well-being economy. Fred founded OCTAVE Institute, a full-scale prototype business model in the well-being economy. It fuses ancient wisdom and quantum science to create a platform for people to expand life’s choices, for a purposeful life mindfully lived at new levels of consciousness and freedom.

Ervin László is a Hungarian philosopher of science, systems theorist, integral theorist (and originally a concert pianist) who has published more than 75 books and over 400 papers. An advocate of the theory of quantum consciousness, Laszlo has a PhD from the Sorbonne and is the recipient of four honorary PhD’s (from the United States, Canada, Finland, and Hungary). His many awards and distinctions include the Peace Prize of Japan, the Goi Award (Tokyo 2002), the International Mandir of Peace Prize (Assisi 2005), and nomination for the Nobel Peace Prize (2004 and 2005). Formerly Professor of Philosophy, Systems Science, and Futures Studies in various universities in the US, Europe, and the Far East, Laszlo lectures worldwide. Today he lives in a four hundred year-old former chapel in the hills of Tuscany.

Divorce Done Right: A Guide to Family Law in Singapore

QuarterTime: Living an Empowered Life in Your 20s

Bhutan Travelog: A Bhutan Travel Guide with Over 250 Picturesque Images of the World’s Most Exclusive Kingdom

In The Ring With Life: Taking The Punches and Winning The Game!