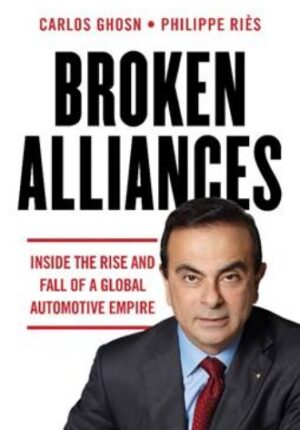 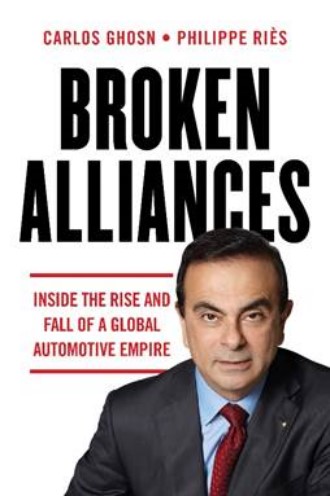 Broken Alliances: Inside The Rise and Fall of a Global Automotive Empire

Broken Alliances: Inside The Rise and Fall of a Global Automotive Empire

On December 30, 2019, Carlos Ghosn became the most famous fugitive on the planet when the former chairman of the Renault-Nissan-Mitsubishi Alliance fled to Lebanon from house arrest in Japan. This political-judicial thriller describes in detail for the first time how Ghosn was arrested on arrival at Haneda Airport in Tokyo a year earlier and incarcerated for 130 days.

Long revered in Japan for saving Nissan from bankruptcy in 1999 and helping Renault achieve the best results in its history, Ghosn explains being transformed overnight into a pariah, torn from the world and his family as the victim of a smear campaign orchestrated by the Nissan Old Guard and the Tokyo Public Prosecutors’ Office.

He also recounts how he built the Franco-Japanese Alliance into a glob-al motor giant, expanding operations in markets from the United States, China and Russia to Brazil, Morocco and Thailand, becoming the world’s top automaker by volume in 2017. But his arrest on November 9, 2018 plunges the alliance into crisis as company share prices collapse at the same time as the global auto industry faces an unprecedented technological revolution.

Broken Alliances involves the highest levels of political power in Japan and France and describes a Japanese judicial system closer to that of the Soviet Union under Stalin than an advanced democracy. It also addresses the reasons behind Nissan’s internal coup and questions about the chairman’s remuneration, his management methods and his vision of the future of the auto industry — to understand what has happened and what could still happen tomorrow.

QuarterTime: Living an Empowered Life in Your 20s

Marvellous Mammals: A Wild A to Z of Southeast Asia

The Birds In The Balcony